Hyuna has recently released her newest single “Lip & Hip” now personally I am in love with this song! The beat, the choreography it’s all slamming! Now maybe I’m just […]

Hyuna has recently released her newest single “Lip & Hip” now personally I am in love with this song! The beat, the choreography it’s all slamming! Now maybe I’m just a big Hyuna fan.

But for most Koreans her concept can be considered too raunchy, at the MAMA’s it seems as though Red Velvet and G-Friend were caught reacting too her performance in different ways.

Now as a Red Velvet fan I come to defend my babies, Yeri was only having a bit of fun. I mean yes, considerably people can call it making fun of Hyuna, and I can see why some Netizens would have issues with Yeri. However I feel like K-pop idols are so scrutinised for everything they do wrong, and it’s wrong for people to attack Red Velvet for a small incident such as this that in Yeri’s eyes she was just probably playing around with her members. 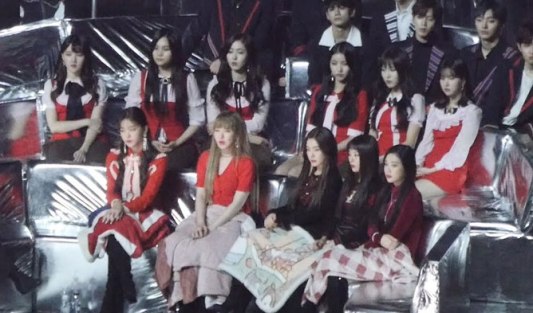 Now Yeri is the maknae of Red Velvet, so it’s easy to blame her age or her immaturity but personally I just feel like this whole issue has been taken way out of proportion. This is how Hyuna is marketed by Cube. You cant deny the success Hyuna has had with her concepts

My only question is why do kpop fans always have to to start fan wars between artists? I personally love both Hyuna and Red Velvet. We know South Korea for beign adverse to over raunchy concepts so its something Yeri probably wasn’t used to and reacted in a humorous manner perhaps being uncomfortable with the act so decided to laugh it off.

Also I find G-friends open mouths reaction hilarious, shows Hyuna can invoke a respones from the audience including other groups in the industry. Which is the job of an artist.

Why do you think Nikki Minaj does half the stuff she does in her music videos??? In comparison Hyuna isn’t nearly as bad. Wait Wait imagine a Hyuna and Nikki Minaj colab. Ok that’s wishes right there!