UNI.T is a 9-member girl group and sister group to UNB from THE UNIT a survival reality show which aired late last year, Which I followed greatly for these girls in particular.  Although I wasn’t 100% thrilled with the ending lineup, my bias Euajin from Sonamoo claimed the number 1 spot of that which I was happy for! I will try not to spazz about her too much in the post even though she is beautiful ❤

Finally, the girls have made their debut in the kpop industry which felt like a while since their brother group UNB made their debut, its now time for UNI.T a play on UNIT and Unity (clever name) to make their kpop re-debut!

“No More” is a reggaeton track, which in itself surprised me I  wasn’t expecting the girls to go for Reggaeton with their debut song but it totally works! I was surprised to see them go for this genre but I absolutely love the girls in this let me just say my biases Euajin and Wohee totally killed the mv

and NC.A totally amazed me with her vocals in this song! I think she’s won me over as my third bias of the group!

Check out the debut music video for yourself in the video below! Be prepared for visuals for days!

Their debut album is titled:

& The track list for their debut album is as follows

Let me state that I love this mini album. So many great tracks included on this list. My favorite songs are evidently:

TING, was one of their previous songs promoted on THE UNIT. This brings me back to my fanboy days over Euajin who is still my UNI.T bias and reminds me of my favorite song from the show “Cherry On Top”. Ah, memories of this song and this show ❤

I am slightly obsessed with TING one of the original two UNIT show promotional singles that are included on this album! I have that attachment to these singles because of their inclusion of the final performances in the show,

currently listening to it more than their other UNIT show single You & I” which initially I liked more.

As for the other two songs I have not yet taken to them but I am happy with the tracks available on this mini album. I’m not the biggest ballad fan and seeing as memory clock is a ballad it just needs time to grow on me.

Overall, this is an incredibly solid debut for UNI.T with three fantastic BOPs on the album and two side tracks not featured on the show to enjoy, with Memory Clock included as an instrumental alongside NoMore. I have been so tempted to buy myself a physical copy of the album after being so heavily invested in THE UNIT. I really hope we get a second season too create a co-ed group like Kard or Co-ed School. I think the kpop industry is ready for a bigger co-ed group to hit the scene and make it big.

Make sure you click the link below to purchase the mini album for yourself on Itunes! 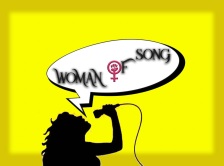